I succeeded in doing a lot of nothing this weekend.

My apartment is just as messy now as it was on Friday night, possibly messier, and all of the paperwork I’ve been avoiding is just as incomplete as it ever was, but honestly, I’m not too stressed about either of these things. I really needed the down time, even if it means that I have a lot more on my plate for next week. Even that’s not too daunting of a prospect as I’m off work on Friday. I was debating going down to Maryland to visit, but I think I’d just rather spend another relaxing (and free!) weekend at home instead of spending money on traveling. I’ll probably end up back in Maryland for my brother’s middle school graduation and my mom’s birthday in late June, so I will be back fairly soon, anyway.

I’m currently being a lard ass and eating a gyro and breaded zucchini from Little Nippers, an act which is entirely defeatist considering y goal to lose two or three more pounds before I go back to the doctor on the 27th. Although, I did walk all the way from Penn & 14th to Blvd of the Allies and Cherry on Friday since the weather was so nice, so I’m just going to pretend that walking balances this meal out.

Playing around with CPanel and WordPress again reminds me of the “good old days” back in 10th or 11th grade at the height of my blogging and web designing frenzy when I got my first domain and pretty much spent all my waking time dicking around with it. Ah, memories. I really would like to code a layout for this blog (and my other domain, which I’ll be using as an electronic resume of sorts to apply for grad school), but I’m so rusty with HTML and CSS, that the time commitment needed for such a project will likely mean it will be relegated to summer.

This weekend my best friend, “Bird,” as I will refer to her on this blog, gifted me with a copy of Portal. I had initially planned on being good and waiting until after finals end to install it, but since when I have ever been good, right? It seems pretty awesome so far (even though I’ve only played for like half an hour) and I’m looking forward to my upcoming three-day weekend so that I can nerd out in front of it for an extended period of time. My laptop is currently in need of a nice, fresh copy of Windows 7, so I have Portal installed on my netbook (which actually runs it quite well, surprisingly), but I plan on eventually being un-lazy and installing it on my laptop.

I also need to be un-lazy and work on my gift for the Reddit craft exchange really soon, too. Part of me is annoyed with myself for signing up for a craft exchange when I am very much not a crafty person, but oh well, it’ll be a chance to grow outside my comfort zone, I guess.

It’s 8:31pm and I am stupidly tired, despite taking a nap today (probably because of that huge meal, heh). I do believe I’m going to give my mom a call and then spend some quality time with Kindle and hopefully make it bed by 11pm tonight. 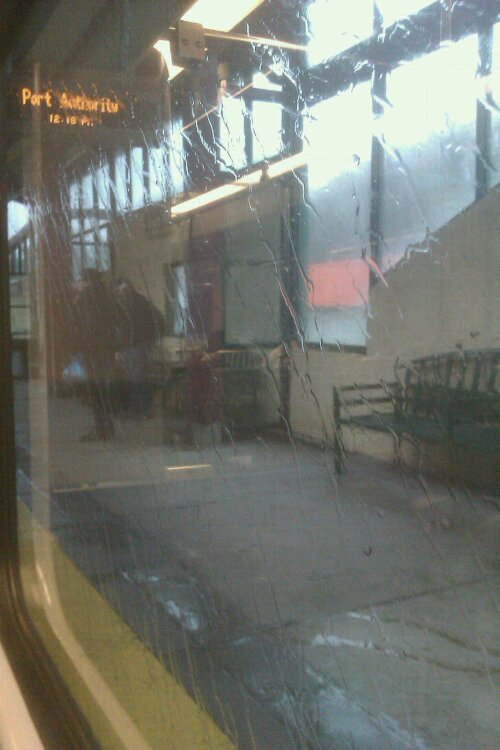 Right now I’m trying out something that I didn’t have access to the last time I ran a blog on WordPress: mobile posting via the Android app on my phone. I doubt that I’ll ever end up making any sort of “real” entry from my phone, but it is pretty awesome to have the ability to do so while I wait for the train.

It’s definitely a more appealing option for a mobile brain-dump than Twitter is. I’m currently on my way to the suburbs just south of the city to do some shopping, most likely of the window variety unless something really jumps out at me.

It is such a wet, grey day here. Oh well, time to pull out my Kindle and enjoy the rest of the train ride!

After playing around with the idea in the back of my head for several months, I decided to bring back Uninspired Musings. For those not in the know, the original U-M was born on my 18th birthday, and died two years later when I moved out of my parents house and had to cut expenses like crazy to pay for out-of-state college tuition.

The first incantation of U-M wasn’t my first experience with blogging, though. I started in autumn of 2002 on Livejournal and in those nearly nine years, I’ve seriously had a blog pretty much everywhere:  LJ, Pitas, Xanga, Blogspot, WordPress, and more that I can’t remember. I’ve pretty much been blogging nonstop since I was a freshman in high school, which is crazy if you think about it. That said, I’ve really felt myself slipping away from doing personal, self-centered blogging over the past few months (I was most recently on Livejournal), so I decided to bring back U-M to hopefully jump start myself into actually writing with some regularity again.

That said, it’s worth nothing that I don’t really write about anything of importance to anyone other than myself. My blog is pretty much somewhere I talk about stupid crap like how I’ve over my calorie limit for the day or how I ended up sitting next to some creeper on the 61D or a review of the most recent book I’ve devoured; more or less, it’s nothing but a collection of little bits and pieces of my life as it Is now for me to look back on later. Honestly, it is quite possible that I will be the only reader of this blog, and I’m cool with that.

Well, I do believe this suffices for an introduction, so I will call it quits and get back to tweaking my layout!